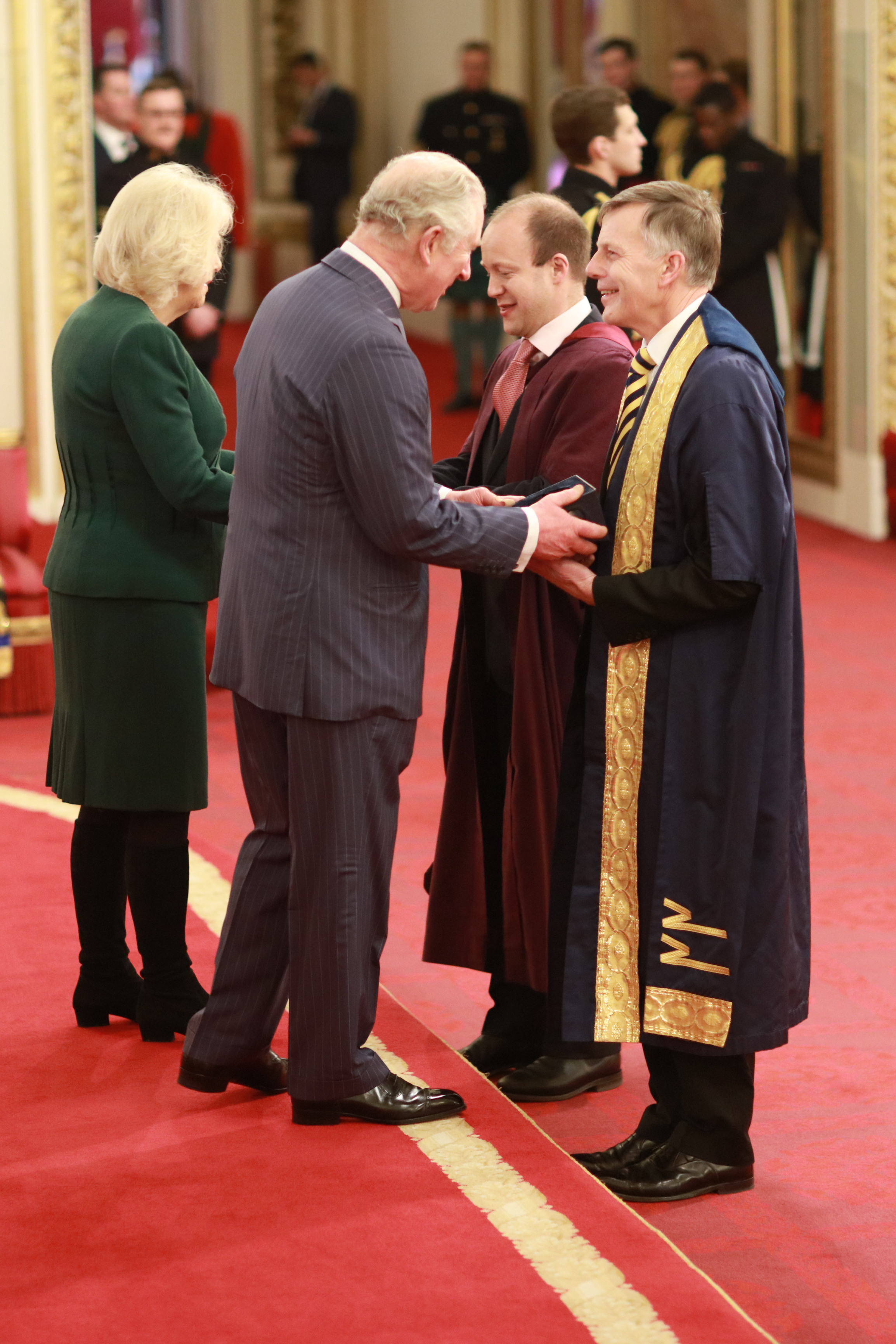 Cranfield University visited Buckingham Palace today to receive its sixth Queen's Anniversary Prize from HRH The Prince of Wales, with HRH The Duchess of Cornwall, on behalf of Her Majesty the Queen and his Royal Highness the Duke of Edinburgh.

The Queen’s Anniversary Prizes are the highest awards in the UK for higher educational institutions. They are awarded every two years to universities and colleges who submit work judged to show excellence, innovation, impact and benefit for the institution itself and for people and society generally in the wider world.

Cranfield’s fully instrumented aircraft, operating from its own Global Research Airport, offer a unique learning flight test experience for aerospace engineering students at Cranfield and other universities. NFLC also supports the development and testing of new airborne technologies and procedures for future plight.

Fundraising campaign
The University launched a fundraising campaign in 2019 to purchase a Saab 340B aircraft to expand the educational and research capabilities of the NFLC. Cranfield, in partnership with industry and other universities, is looking to raise funds for modification of the aircraft in order to support the next generation of aerospace engineers.

After working for many different organisations, and learning lots of lessons about the best ways to run a business, Simon Philp decided to start his own.