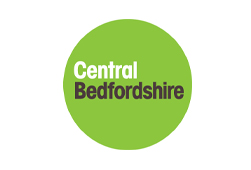 Central Bedfordshire Council is now consulting residents on their Local Plan, which will deliver up to 20,000 new homes and 24,000 new jobs over the next 20 years.

This growth will be delivered alongside supporting roads, transport networks, schools and services, such as health, retail, leisure and community facilities, and new country parks.

Last summer, the Council’s draft Local Plan had put forward a flexible range of up to 30,000 new homes over seven growth locations with new jobs, services and facilities.

The Local Plan is now proposing a smaller number of homes. The growth will mainly be in four locations, with a series of up to four new villages in the Marston Vale and one east of Biggleswade, plus sustainable extensions to the north of Luton and east of Arlesey. There will also be some growth in existing towns and villages, but only where services can support it.

To keep the identity of existing town and villages and the rural character of the area, the Council has also designated 19 areas as Important Countryside Gaps, which will restrict development in these areas.

New homes will still include a range of different ones to rent and buy for all people, with a mixture of sizes, while a commitment remains to ensure that 30 per cent will be provided as lower cost options, such as affordable rent and shared ownership.

Cllr Nigel Young, Executive Member for Regeneration, said: “This is now the Local Plan that we will take forward, which will guide the development of fewer homes than originally proposed, though we do recognise that up to 20,000 homes over the next 20 years is still significant.
“However, by consulting residents now and submitting our plan before the end of March, we will retain control over where development will be located and how it is delivered rather than succumbing to the pitfalls of speculative development.

“Not all the homes will be built in one go, so the growth will be gradual. And it will be delivered with the supporting roads, transport networks, schools, shops, more parks and open spaces, community, leisure and health facilities that, during our previous consultations and engagement events, thousands of people told us were needed.

“We have listened to that feedback and now have a Local Plan that will deliver the homes and jobs our residents need, where they are needed, while creating communities where people want to live.”

The public consultation is now open for feedback until 22 February (5pm). More detail about the individual growth locations and all supporting documents are available at www.centralbedfordshire.gov.uk/localplan.

During the consultation, the Council will be holding drop-in sessions where members of the public can speak to Council officers and ask questions. These will take place from 3pm-7:30pm on:

The Council will collate and analyse all comments submitted during the consultation and consider what changes it would like to recommend to an independent Planning Inspector, who will hold a public examination of the Plan.

Residents can sign up for email updates about the Local Plan and Community Planning at www.centralbedfordshire.gov.uk/localplanupdates

Central Bedfordshire’s Council has agreed its annual budget, which confirms a range of service investments, infrastructure projects and efficiency measures for the financial year ahead.