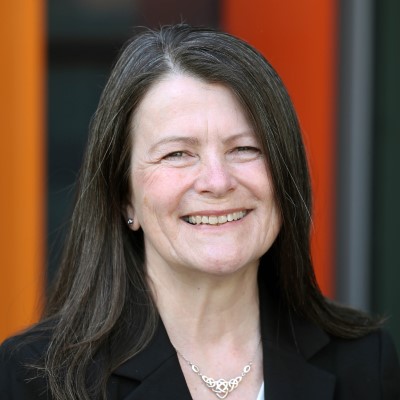 Cranfield University has appointed Professor Karen Holford CBE FREng as its new Chief Executive and Vice-Chancellor. She will take up the post on 1 August, following the retirement of Professor Sir Peter Gregson. Karen joins Cranfield from Cardiff University where she is currently Deputy Vice-Chancellor.

Prior to her current role, she led the College of Physical Sciences and Engineering at Cardiff University from 2012-2017 as the founding Pro Vice-Chancellor and, before that, was Head of the School of Engineering, where she is a Professor in Mechanical Engineering. Karen began her career at Rolls-Royce (Aero) as an undergraduate engineer, followed by a number of roles at AB Electronic Products.

Professor Karen Holford said: "I am honoured and excited to be joining Cranfield and want to build on the University's strengths in postgraduate education and research. I am passionate about working in partnership, building industrial collaborations in research and teaching and championing equality, diversity and inclusion. Cranfield is a special place and I look forward to working with the Cranfield community to achieve even greater success for the University."

Iain Ferguson CBE, Pro-Chancellor and Chair of Council, who led the recruitment process, said: "I am delighted that Karen is joining us. She shares our values and will build on Sir Peter's outstanding work to shape and deliver our ambitious agenda for the future at our Cranfield and Shrivenham sites. I would also like to thank all those from our University who were involved in the process to find our new Vice-Chancellor."

Karen will join the University on 1 August 2021, when Professor Sir Peter Gregson retires. Sir Peter has been Vice-Chancellor and Chief Executive since 1 August 2013 and, under his leadership, Cranfield has been the recipient of the prestigious Queen's Anniversary Prize on three consecutive occasions.